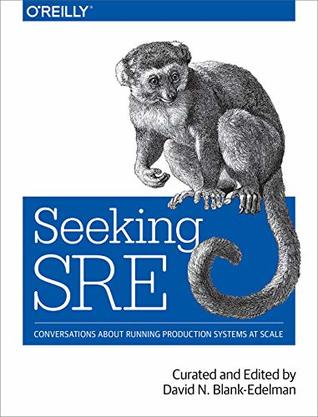 SRE outside Google. Brilliant contributions on the subject after a slow start.

To be honest, I found the first part not very interesting. The various implementations illustrate there is not a right way to implement SRE practices, but fail to capture what is really working. Hearing about other companies struggling with SRE may be good news if you are struggling too, but in the end, it is always the same conclusion: it depends on context. The Facebook case study is the chapter I find the most interesting. For the rest, the two Google SRE books are clearly superior even if they focus on only one company.

Things become really interesting starting from the second part, but it’s really the last two parts (half of the book content) that truly make me change my mind about this book. The essays venture into unexplored paths, at least, in the current literature. I find the essays on documentation, active learning, culture, and antipatterns especially instructive. The service mesh chapter is the best introduction I’ve read on the topic. And the whole last part, discussing the human side of SRE provides inspiring insights.

In the end, I think Seeking SRE is a valuable contribution to the SRE literature. SRE is a large topic to discuss, a work-in-progress discipline to advance through initiatives like this book. Don’t give up before the third part. Really.