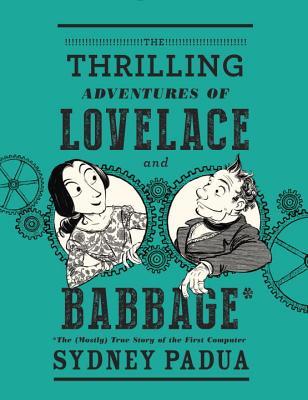 A unique book in the computing literature

The book imagines a different world where the Analytic Machine had existed. Indeed, only the Difference Engine, which is essentially a large calculator, had been built by Charles Babbage. But doing sums mechanically isn’t that much fun for a comic book. The Analytic Engine is far more interesting. It contains all the ingredients of a modern computer, and relies on mechanical parts, except that the machine was never built… until this comic.

The story is fictitious, the characters are real. The author conducted numerous researches on Google Books and in libraries to portray the illustrious characters playing a role in the story. The book is richly annotated with all of those findings. You will spend more time reading the notes and appendices than the comic strips, and in doing so, you will learn a lot about our two heroes. The book is just as entertaining as it is informative.

I really appreciated reading this comic. It’s one of these books for which you have no particular expectations, but feel so much satisfaction as a result of having read it. I strongly recommend this book to discover how our “modern” computers could have existed more than a century ago. Sydney Padua did a remarkable job with her first book. Really.